EnerBank USA has named Charlie Knadler, current Executive Vice President and CFO of the Bank, as President and CEO to replace Louise Kelly, who will retire at the end of the year.

Knadler joined EnerBank in 2004 and has served as Executive Vice President and Chief Financial Officer since 2010. He previously served as Senior Vice President and Chief Credit Officer. His career in financial services spans more than 20 years and includes experience in sales, credit, compliance and finance, providing a solid foundation for his new role as the Bank’s top executive.

“Charlie is the perfect leader to take EnerBank into the future,” said Kelly. “He’s prepared with the right skills and experience to keep the momentum going—and bring the Bank to even greater heights. Customers, clients, and employees will experience the same excellent company culture and customer service we have worked so hard to develop over the years.”

“Charlie is a skilled banking executive with great leadership capabilities,” said Tom Webb, EnerBank’s Chairman of the Board as well as Executive Vice President and Chief Financial Officer of CMS Energy Corporation (NYSE), the parent company of the Bank. “We thank Louise for her service as founding director and CEO. She transformed EnerBank from a small operation into a nationally recognized, top-performing bank.”

Kelly was part of the EnerBank opening in 2002 with $14 million in capital, and under her leadership, the business exceeded $1 billion in assets in 2014. The Bank remains well capitalized, has almost no troubled assets, and has thrived before, during, and after the recession, ranking in the top three percent of FDIC-insured banks in terms of profitability.

“It’s been a privilege to serve as CEO with this exceptional team,” said Kelly. “When we first started, I thought we could be successful with our strategy of targeting home improvement lending, and I am tremendously pleased with how successful we’ve been. I thank our great executive team for their support over the years. It gives me immense satisfaction that a member of that team, Charlie Knadler, will be taking over as the new CEO.”

“Louise has been a great mentor to me and the executive team,” said Knadler. “We will continue to advance our vision that EnerBank is the best choice for contractors and partners to provide home improvement financing to their customers. I look forward to continuing to work with the management team, our employees, and clients to achieve that goal.”

Kelly, who was just named to American Banker’s List of 25 Most Powerful Women in Finance, will continue to serve on the Bank’s board of directors.

Steal the Spotlight: Help Your Business Stand Out from the Crowd 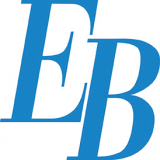 FDIC insured EnerBank USA is a highly specialized, national consumer lender that helps strategic business partners and independent home improvement contractors increase sales. Strategic business partners include manufacturers, distributors, franchisors, member or trade associations, and major retailers of home improvement, remodeling, and energy saving products and services. They all rely on the bank to be here today AND tomorrow to fund customer loans and help them achieve their business goals and objectives. EnerBank is the bank of choice, we are reliable, professional, and we produce results.